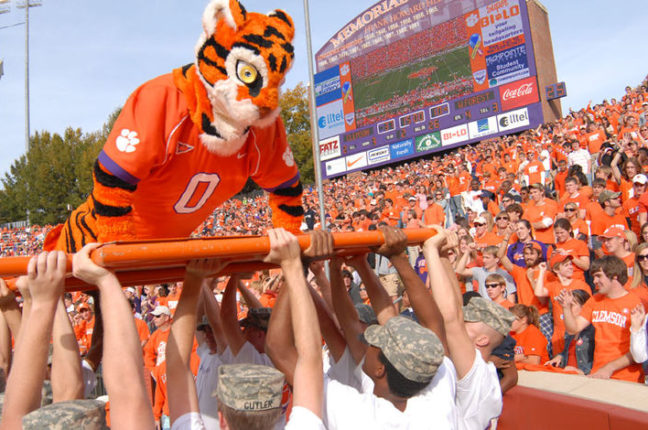 The rematch between Clemson Tigers and Alabama Crimson on Monday was certainly an exciting one. Tigers defeated Alabama by 35-31 and won the first college football playoff national championship since ages. Both the teams had performed really well in the earlier matches and the game was much anticipated one. The star of the game was Clemson’s quarterback, Deshaun Watson who threw for 420 yards, 4 touchdowns and 43 rushing yards against a team popular for having one of the best defense side. With one second remaining on the scoreboard, Watson’s 2 yard touchdown pass to Hunter Renfrow sealed the victory for the Clemson Tigers. This was the first National win for The Tigers since 1981. This was a sweet win especially for Deshaun Watson who never won the Heisman trophy and even after giving a stellar performance last season, his team got defeated by Alabama in this game. Clemson got its first lead in the fourth quarter when Watson passed a 4 yard touchdown to Mike Williams making the score 24-21. And with just 4:38 minutes remaining in the game, Clemson finally managed to increase the lead to 28-24.

The first half of the game was a good one where Alabama managed to be in control. Jalen Hurts, the freshman quarterback scored 13-31 for a mere 131 yards. After the two Bo Scrabrough touchdown, they also got the lead in the game for 14-0. The initial stage of the game was more of a defense dominated thing, and the Clemson were finding it tough to cut through it.The Alabama’s defense was as usual strong, especially early in the game, as Da’Ron Payne, Ryan Anderson and Reuben Foster displayed amazing instincts, nice speed and hitting in the open field hardly trying to control Watson. However, their strategy wasn’t successful as after a slow start, Watson made 11 of his first 15 throws in the second half, also comprising of his touchdowns given to Renfrow and Mike Williams. As the game progressed, the Tiger’s defensive side only got better and more strong against the Alabama’s stumbling quick attacks.

The tigers managed to stun the Number one team Alabama Crimson with their great play and ended their 26 game winning streak. Deshaun Watson told everyone earlier that he is the best player in college football and after this huge win, we surely believe him. In the last two games against Alabama, Watson has managed to throw a total of 941 yards which is very impressive. After the game, Watson said that he was speechless and he dedicated this win to “all the alumni, the fans, my family in Gainesville.” also with this win, Watson secured his spot in the top 5 position for NFL Draft of this year.